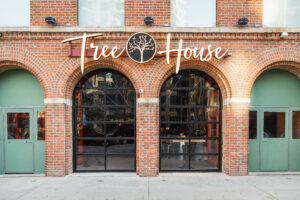 Sam Sanchez, CEO of Third Coast Hospitality Group and new Chairman of the Illinois Restaurant Association, has joined forces with his daughters, Samantha Sanchez and Korina Sanchez Wartan, to open Tree House.  What was once a bbq restaurant with live country bands called Old Crow Smokehouse, Tree House has taken its place as a chef-driven restaurant, nature-inspired escape in Chicago’s River North neighborhood, with modern Italian fare and a vibrant cocktail menu.  The nightlife scene is lighthearted and fun, with great music and a wide open layout (so much room for activities).  But that’s not exactly what we’re here to talk about.  No, not today.  Today we’re going to talk about leaning on family and friends, and how even some of Chicago’s leading restaurateurs had to pass the reins to survive 2020.

For as long as I’ve known Sam, he’s made the rules and had the final say.  By far the most hardworking boss, client, now friend, I’ve ever had.  When it comes to business, Sam never skipped a beat and was always in complete control.  He had the scoop before you could say, “So what’s the scoop?” and he was at work way before you put your feet on the floor in the morning.  Sometimes when I want to just throw in the towel and give up on my dreams, I ask myself, “What would Sam do?”  It’s always a push in the right direction… unless it involves tequila.  I should probably not ask “What would Sam do?” when it comes to tequila.  When you’re focused and as determined as Sam, you can truly accomplish anything.  But, sometimes that undivided determination comes with a price.  For some it’s a complete burnout, for others its loneliness and depression.  For Sam, it was standing down.  Handing over the reins.  Letting someone else’s ideas and creativity, hard work and determination to succeed and prove, take flight. 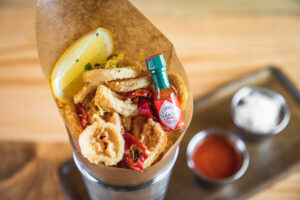 I credit almost everything I know about the restaurant industry to Sam.  He taught me to be picky and get it right.  No shortcuts to success and if the floor is dirty, grab a mop.  You are not above anyone that works for you and you’ll only earn more respect if you show humility and give generously.  Especially tequila, it turns out that people really love tequila.  I thought his pep talks were a bunch of bs until I actually witnessed him mopping the floor one morning because well, it was dirty.  Always hands on keeps hands out of your pockets.  So when Sam stepped down to let his daughters run Tree House, I was quite impressed.  Yes impressed, not shocked.  I saw this coming for a while but knew it would take Sam a minute to let go of the reins and trust that his daughters were ready for the daunting challenge of operating a restaurant of that caliber. 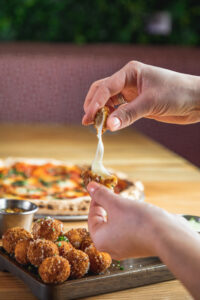 The entire family pitched in, even Sam’s wife.  She made all of the plant baskets you see hanging above the main bar.  She was instrumental in helping to decorate and keep the nature-like essence of the space.  Samantha and Korina both handled aesthetics but their roles really became distinct when it came to logistics.  Korina is an attorney, handling all of the restaurant’s legal work, and Samantha is a seasoned restaurateur, owner and operator of La Luna in the Pilsen neighborhood of Chicago.  The most inspiring thing I saw all night was Samantha bussing tables and running food.  It seems as though Sam’s pep talks rubbed off a bit and she takes after the old man.  “They did this as a favor to me, to help me reconcept and rebuild after Covid.  They did it out of the kindness of their hearts.  They had no idea I was going to give them shares in the company.”  said Sam.  “When I asked Samantha if she wanted to help me reconcept, she said yes, but only if she had full control (Sam Chuckled).”  Michael Gonzalez, a partner in Old Crow Smokehouse, still remains a partial owner but the girls are “running the show”.

Almost every time I’ve seen Sam, he’s either working hard or playing hard.  Always a lingering sense of uncertainty and stress in his tone.  “We all make mistakes and learn from them.  I’ve made a few.  This is not one of them.”  reports Sam.  And I’m really happy to report that a lot of that stress has dissipated.  His trust in his family has proven to be fruitful and reassuring.  Every business owner has things they’ll be stressed about or worried over, but if anything came from Covid for Sam, I think it’s the Sanchez Trifecta.  I’m looking forward to seeing more concepts from these three in the future, and hope their story will inspire other families to stick together and work towards a common goal. 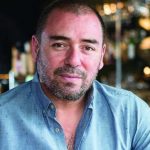 Creating the Concept: A Glimpse Into 2021 with Restaurateur Adolfo GarciaHospitality 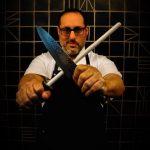 Time Stops at the Dinner Table: Cookin’ Up Trouble with Steve InfanteHospitality