Creating the Concept: A Glimpse Into 2021 with Restaurateur Adolfo Garcia 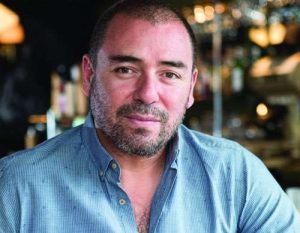 There may not be anything new under the sun—but some people have a knack for spinning ideas in innovative ways that would make you think otherwise.

And such is the case with Adolfo Garcia, accomplished restaurateur and concept development guru who says, “I never invent a concept, I just see what works and I make it better.” Garcia is constantly reconceptualizing his own restaurant endeavors and signing up for new adventures, because such is the way with creative brains—always editing, continually looking for the next outlet, and never settling for anything short of excellence. He’s currently in the process of starting up two new restaurants, as well as remodeling one of his current restaurants, Broken English.

Broken English is a successful taco pub that offers Mexican street style tacos and a refreshing array of cocktails, margaritas, and other drinks, all enhanced by “eclectic music and vivid artwork created by local talent.” Garcia explains the unique name, saying, “I speak English with my friends, and I often find myself mixing in Spanish words because there are some phrases that simply don’t translate to English. This happens in many other languages and cultures, but that is what makes the name ‘Broken English’ fun—it is part of our daily slang.” Soon, the vibrant colors of the restaurant’s menu and branding will be toned down a bit, and it will transition to becoming more organic, per feedback from the Latin community in Chicago. 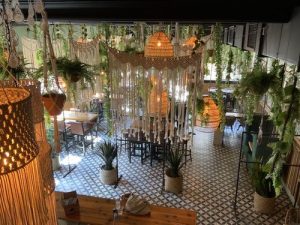 In addition to rebranding Broken English, Garcia has two new and exciting restaurant endeavors on the horizon. The Diver is a beach inspired Mexican restaurant and bar in River North—and because of the warm reception it’s already received, even as it opened in the midst of a pandemic, another location will be opening this year in Wrigleyville. With three levels, this new location will enact a tropical escape for guests to bask in when they’re not on a full-on trip to Tulum—and it will be replete with calming beach scenes as well as a rooftop lounge where events will be hosted.

The Summer Inn, another Garcia concept, is opening in Highland Park this June. Encapsulating the simple charm of coastal living, The Summer Inn gives you a sense of vacation.  The American coastal eatery will offer pizza and artisan plates as well as appetizers featuring roasted vegetables and so much more.

Garcia says he gains creative inspiration from taking trips to London, New York, and Mexico City to dine out and keep his eyes (and taste buds) open for ideas. It’s also important to keep up on upcoming trends, which he modestly says isn’t necessarily his forte since he isn’t on social media. So, he delegates that task to his marketing team. He’s learned to rely on the younger generation for such needs, per the example of Sam Sanchez, the first person who gave him a job in America. “I worked on my first restaurant concept with Sam,” Garcia recalls.  Sanchez is his mentor and his friend, as well as the godfather to his children. Garcia said that he and Sanchez aren’t partners, only because they didn’t want to take a risk on ruining their close personal relationship.  They promised each other never to partner in business, but that doesn’t stop them from giving each other advice and lending a helping hand. 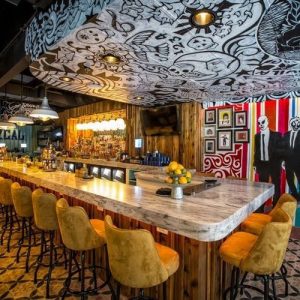 Garcia’s years of experience lend themselves nicely to concepting and scoping out what people are in search of. The Diver being case in point—the trend is Tulum, so it made sense to bring Tulum to Chicago. “Sometimes, you have to give people full creative control.  I love it when clients trust me with their creative process.  When you’re dealing with so much red tape, it’s sometimes not worth the money.  I’m out here traveling and finding concepts that work, so allowing me to develop the concept makes the most sense,” says Garcia.

Garcia chuckles and says the easiest part of his job is, “Watching people enjoy themselves. It’s like hosting a dinner party in your home. People are grateful for you. Seeing faces coming back and saying thank you…and getting paid for it.”  The hardest part?  “Over passionate employees.  Everyone has a personality, and I have to balance and manage them.  There are a lot of egos too.  They think they can just run away with the concept.  The problem is the ‘human factor’ representing my brand.  You have to babysit that and be very careful.”

Although Garcia admits he doesn’t necessarily invent new concepts, he’s certainly brilliant at reconceptualizing them and delivering experiences that are fresh and unforgettable. So, in Chicago, you can have your cake and eat it too—experiencing both the urban city food while simultaneously being taken away to your next vacation on the beach. We’re here for it. 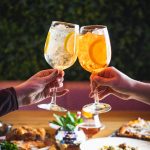