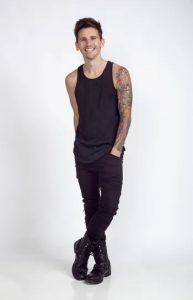 In the music industry, this is especially the case—and on top of that, musicians face the additional challenge of sustaining their at-risk careers amidst a global pandemic. Keith Semple, brilliant lead singer and guitarist for progressive rock band The Cyberiam and cover band SEMPLE, as well as an active community member, caring humanitarian, and avid Dream Theater fan, has certainly experienced palpable change over this last year. We recently caught up with him about his evolving music and humanitarian endeavors.

Just like everyone else over the course of the pandemic, Semple and the other members of his bands have undergone extreme modifications to their day-to-day lives. But of course, he and his bandmates conjured creative ways to stay afloat and remain resilient. Not only did Semple give away some of his guitars to keep the fans involved, he also says, “We mastered the online performance, [and] we performed once every two weeks.” Online performance is an intriguing concept in that the entire world can be reached in a single moment—which is certainly a positive outcome to this last year’s circumstances.

And thanks to the active support as well as generous donations of their fans, The Cyberiam was able to devote six solid months to working on their upcoming album, Connected—on which appears a song called “Be Connected,” serving as a reminder that while we may feel more digitally in touch than ever, “we’re less connected mentally, emotionally, and morally,” in Semple’s words. In essence, the song is a statement on where the world is at the moment, and being on the musically difficult side, it simultaneously conveys the complexity of society’s current state (the album is set to be released August 2021). In a way, the band was able to focus on the creative process of their work more than usual, because their brains weren’t distracted and exhausted by the constant interruption of playing in-person shows. But Semple notes that his band was lucky to have such financial support, and he acknowledges that many bands were unfortunately not so lucky. 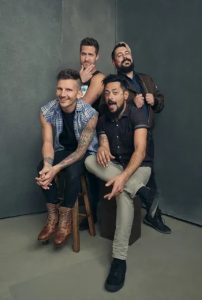 As the former lead singer of 7th Heaven and contestant of The Voice as well as a number of other talent shows, Semple has rendezvoused with the limelight since a young age. Regardless, he manages to maintain a very down-to-earth personality, makes time for causes he cares about, and prioritizes family time—all impressive feats, even when not paired with success and fame. Some of the organizations The Cyberiam and SEMPLE partner with are Giant Steps, Cancer Kiss My Cooley (CKMC), and Special Olympics, as well as a domestic abuse facility called “Becky’s Place” and “ForeverU,” which is an empowerment group focused on youth who’ve experienced trauma. Semple shares why he chooses to give back, saying, “I just want there to be less war [and] crime, better education, less poverty, more opportunity—and I guess, most of all, clean energy so my kids don’t have to live in a Mad Max World in 50 years.”

Semple isn’t just focused on others in his humanitarian endeavors, but through spending quality time with family as well—and he’s cherished the sweet opportunity to be at home with his girls more than ever. He spends a good amount of time staying active—roller skating and playing tennis as well as coaching tennis—and he often reads, studies theism, as well as inevitably writes songs on a regular basis.

Thanks to the wisdom he’s gleaned from years of hindsight and experience in his industry, Semple would share a few nuggets of wisdom with his 20-something self if he could. First of all, he says, “If you’re the only one that thinks you’re good, you need to go out and prove it.” He also would encourage himself with the idea that cover music is a fantastic way to get yourself out there and build your brand—as can clearly be seen by the success of his cover band, SEMPLE (upcoming shows are at Broken Oar on June 6th and Sew Hop’d with Pino Farina on June 20th). Of course, hindsight always tells us to take better care of our body—so Semple would tell himself to stretch more because, in his words, “he’s a wreck.”

But ultimately, the accomplished music artist would remind himself that, while it can be easy to romanticize the music industry, the shiny outward surface is only 10% of the real job. “It’s not all parties, girls, drinking, and performing,” he shares. “Most of it is the work that goes on behind the scenes. Contracts, promoting, building the brand, doing interviews like this, and getting really good at your instrument.”

And you know, these are all wise words for anyone to consider. No matter what you’re doing, there’s a lot of hard work that goes on behind the scenes, and it’s important to realize this when observing your own life and comparing yourself to others. There’s more to “being connected” than one might think. 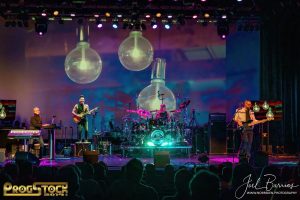 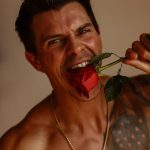